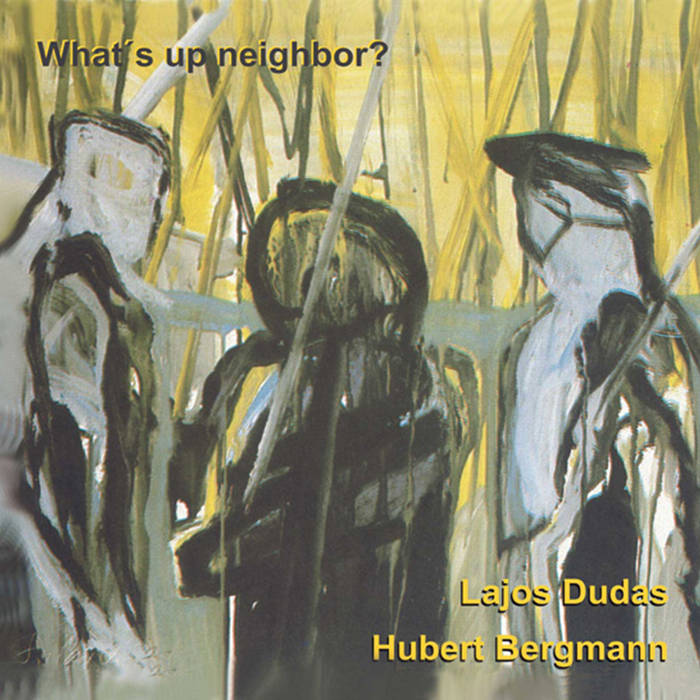 When clarinetist Lajos Dudas read about a workshop for new and improvised music in his town of Lake Constance, at the foot of the Alps, he was taken aback. Long a proponent of free jazz, Dudas was surprised that he was not aware of the event. A few days later, he was invited, by Hubert Bergmann, to a meeting where the pianist suggested that they record together. Dudas had his doubts about the project working—after all, he improvised freely, while Bergmann played contemporary music. As it turns out, Dudas need not have been apprehensive; their stylistic contrasts did not mar their adventures, which were improvised right through. Bergmann and Dudas forge common ground through the tonality of their instruments.

While Dudas has been an exponent of free jazz he does not forsake melody. For Bergmann, melody is the underlying factor. Together they use it to ignite invention. They begin in tandem, on "Eastern Journey," with an early inclination to innovate. Bergmann is emphatic, while Dudas lets the wisps of his notes curl through. They gravitate in and out of the pulse, picking each other up and then riding out a wave or a calm interlude. Understanding is the key and they know just how to use it. A haunting clarinet, deep in its register, marks "The Inner Space of Silent." Dudas is eloquent, as he draws from the inner resources of the reeds to make use of its range for a remarkable performance. "Forgotten Blues is Like . . ." turns out to be a mélange of delightful ideas; New Orleans, blues, free idioms, and composition come together and create a seductive spell. The tempo prances on "Bop Bee," with Bergmann and Dudas enticing in a quicksilver conversation. The constant shift of pulse underlines their empathy decisively.

Lajos Dudas and Hubert Bergmann are both experienced musicians, but until 2011 they had never even met, let alone worked together. What's Up Neighbor? is their debut album, an engaging and refreshing duo set of improvisations on clarinet and piano.

Dudas is an experienced improvising musician with an extensive discography going back to the '60s. Born in Hungary, he now lives in Germany, the home country of pianist Bergmann. The two met for the first time when Bergmann organized an improvised music workshop near Dudas' home, and What's Up Neighbor? is the result of their day in the studio on May 27, 2011.

While Dudas' sleeve notes emphasize the improvised and collaborative nature of this music, the composition of each tune is credited to either Dudas or Bergmann, with the exception of "European Study With One Half Hat," which is credited to both musicians. Presumably, this reflects the sources of the original musical ideas before the pair began to explore and extend these ideas through their interactions.

The collaborative nature of these improvisations comes over strongly. There is never a sense that the two men are struggling, or fighting to impose their ideas on each other. There are tensions in the music, but these arise deliberately, through the development of atmosphere and mood, as the players spark ideas off one another. As a result, the album has an upbeat, friendly, feel, a genuine sense that this music arises from mutual respect and understanding.

The tempos, rhythms and emotions may vary across the tunes, but even the more melancholy passages engender a feeling of positivity and optimism. Dudas' "In Memoriam György Szabados" is named for the Hungarian free jazz pianist who died in June 2011. The tune skips and jumps, with Bergmann's jagged rhythm contrasting Dudas' more spacious and reflective clarinet. "Forgotten Blues Is Like..." shares some of this jagged jauntiness, as does "Bop Bee," which is credited to Bergmann. "The Inner Space Of Silent," another Bergmann credit, brings an uncharacteristic but beautiful phase of quiet meditation, with both piano and clarinet leaving plenty of space between notes.

The interplay between Dudas and Bergmann on What's Up Neighbor? is impressive, particularly at such an early stage of their musical relationship. Improvising tunes that are strong on lyricism and melody is no mean feat, one which Dudas and Bergmann achieve with aplomb, and hopefully there will be more collaborations in the future.

Description: Featuring Lajos Dudas on clarinet and Hubert Bergmann on piano. Earlier this year (in March of 2011), we received a 2 CD set from a Hungarian clarinetist named Lajos Dudas called '50 Years with Jazz Clarinet'. I had never heard of Mr. Dudas before this but the personnel on the retrospective CD included Albert Mangelsdorff, Attila Zoller & Howard Johnson. It turned to be a great CD and showed Mr. Dudas in a variety of contexts over many years. Since then I have collected a half dozen discs on the Konnex, Pannon and the Ear-Rational labels featuring Mr. Dudas. I have been working on a list of the great clarinetists of the 20th century for the past few months and I think Lajos ranks amongst the best.

We just got in this new duo CD with Mr. Dudas and a pianist named Hubert Bergmann, another musician with whom I was completely unfamiliar. Mr. Bergmann runs a workshop for improvised and new music in a resort town called Lake Constance and had played a session guest guitarist Mary Halvorson around the time this duo disc was recorded. Mr. Dudas claims that the last time he experimented with "free improv" was in the 1980's although it seems hard to tell by listening to this excellent duo exchange ideas. Both of these musicians are extraordinary and bring a wealth of experiences to their explorations. "Eastern Journey" sounds as if both men are grounded in some sort of folk melodies with astonishing classical technique.

Towards the end of the first piece Bergmann speeds up sending cascading waves rolling one after the other, reminding me of a certain technique that Keith Tippett occasionally employs. Each member of the duo will start off a certain section and then the duo will expand and navigate the current no matter where it flows. I hear some bluesy lines at the end of "Rootendo" which soon turn into more sparse and spacious exchange, ideas flowing back and forth organically and always connected. Mr. Bergmann sounds as if he is tapping the strings lightly inside the piano at one point adding some spice to the magical blend. Both musicians seem to be on a similar wavelength since one will start a phrase and the other follow and build upon what is already happening. Considering that these two musicians just met recently, this is an incredible and winning combination of talents. - Bruce Lee Gallanter, Downtown Music Gallery